“As with the Knights Templar of old who provided safe passage for the spiritual pilgrims from the West to the holy land so will The Templar provide safe passage to all who are inspired to spiritually connect to the wholeness of creation and beyond.”

“This is a delight for not only the aspiring student of truth, but also for one who has been on the Path of Light. There is so much insightful and meaningful information to digest, meditate and reflect upon, as well to pursue further research.” ~ Frank Chille


For over 20 years Linda K. Myers has been a student of the Trans-Himalayan Wisdom. The lineage of her studies stretches from the Ancient texts of the Indian Rishi’s, Helena Blavatsky, and Theosophy, to the Alice A. Bailey books by the Tibetan Djwhal Khul. She has traveled widely and lived abroad in New Zealand and for two years in India with her husband architect Simon Bialobroda. Her studies of sacred geometry and Ageless Wisdom cosmology of both Eastern and Western traditions provide a rich tapestry of understanding as a foundation for her writing.


Simon Bialobroda was graduated from Pratt Institute in 1976 where he was first introduced to sacred geometry. Teachers such as Robert Lawlor and R.A. Schwaller de Lubicz have influenced his lifetime love of this sacred art. His worldwide travels to sacred sites have further increased his appreciation and knowledge. While traveling and living in india he studied the Vaastu Shastras: India's wisdom texts of architecture. His spiritual study encompasses ancient western and eastern esoteric philosophy and the Ageless Wisdom teachings of the Trans-Himalayan Masters. Simon enjoys writing and lecturing on the practical and symbolic aspects of sacred geometry. He lives with his artist/writer wife Linda K. Myers in Colorado where he practices architecture.

The twenty four vertical grooves represent the twenty four nations that will finally be responsible for bringing the Earth to her destined position of peace and harmony. 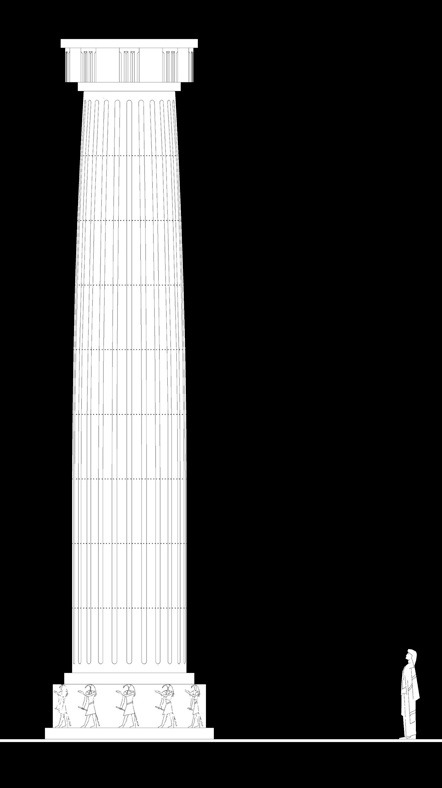 The Pillar of The Initiate, Level 2, Chamber 18